THE GREAT WHITE HOPE IS ALIVE AND INSANE AND COMES IN THE TREASONOUS FORM OF DONALD J. TRUMP!

At the same time his campaign shuffles the cards, Trump tells African Americans he's their champion as he insults them, while praising the police! 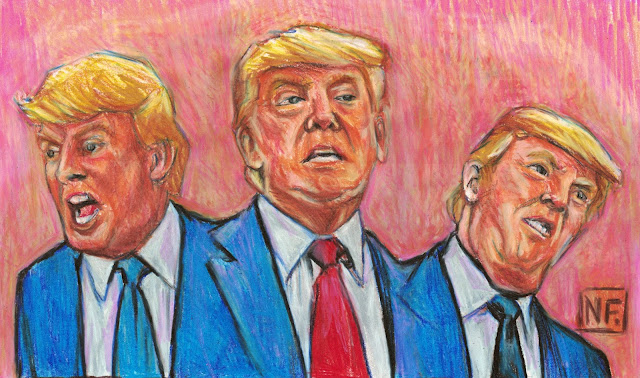 As with everything else, Donald J. Trump calling Hillary Clinton a bigot, again showcases he's everything he accuses others of being. Without having any solutions to any of the problems made up or real, the self-titled 'Law and Order' candidate returned last night, seemingly for the last time as the man who never pivots, pivoted once again.

Posted by Neil Feigeles at 2:22 PM