SO NOW YOU DON'T WANT US TO LEAVE AFGHANISTAN, AND DO WANT THE WAR TO CONTINUE FOREVER … REALLY?

Sadly the Afghan government apparently wasn't that into 'our' American Democracy after all, seemingly giving up 'their' country without a fight, proving in the end, we simply wasted time, money, and lives on yet another Republican lie. 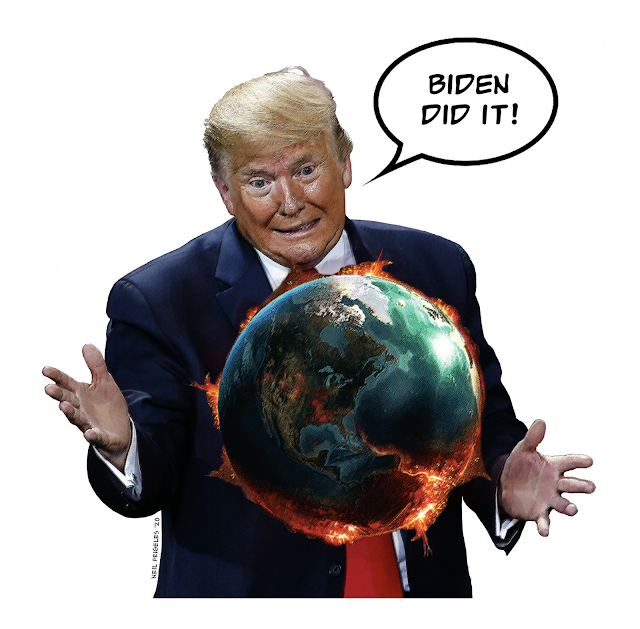 APPARENTLY, PRESIDENT JOE BIDEN, DECIDING TO LEAVE AFGHANISTAN, following the deal that his predecessor put into place, is now at fault for doing the thing that 73% of us American's actually wanted just weeks ago, that they're now all seemingly losing their collective minds over. So it's now Joe's debacle, not Trump's, not George Walker's, they shout, and once again. And not surprisingly, the man who forced Biden's hand in this, Trump himself, actually had the nerve to come out and call on Joe Biden to 'resign in disgrace' over the way he's handling the Afghanistan situation. Well, happily we now have a real President in office, named Joseph Biden, who responded brilliantly on Saturday in a statement, pointing out you know reality, and when he said it people cheered, well at least I did. "When I became President, I faced a choice - follow through on the deal, with a brief extension to get our Forces and our allies' Forces out safely, or ramp up our presence and send more American troops to fight once again in another country's civil conflict," he continued by saying "I was the fourth President to preside over an American troop presence in Afghanistan - two Republicans, two Democrats. I would not, and will not, pass this war onto a fifth." But now that he's being a man of his word, unlike Donald, they are losing their minds.

Posted by Neil Feigeles at 1:17 PM No comments: