THIS COULD BE THE SUMMER OF DONALD'S DISCONTENT, AS HIS PAST SINS FINALLY COULD BITE HIM, WILLIAM BARR AND JEFF SESSIONS IN THEIR PROVERBIAL ASSES
Plus our current Attorney General Merrick Garland, came out and gave a warning shot towards the trumpeting Republicans that he's now on the case and their attempt to destroy our voting rights ain't gonna happen, not on his watch. 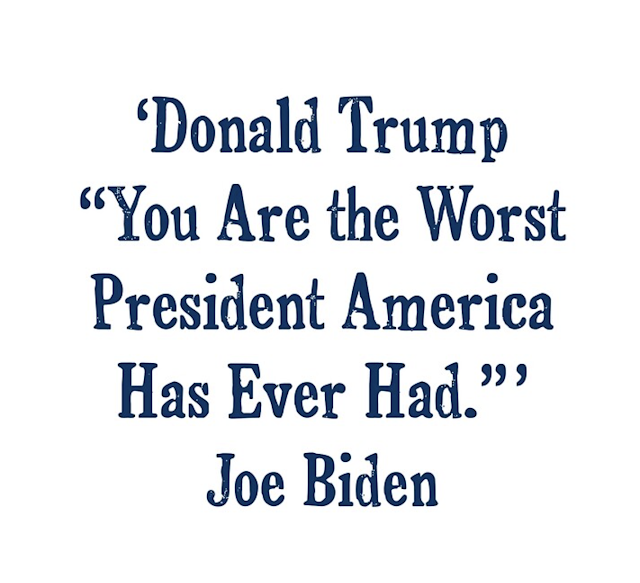 SO IT'S FINALLY OFFICIAL WILLIAM BARR HAD PURJURED HIMSELF, at least once… seems then Senator and now Vice President Kamala Harris asked Barr a question at a Senate hearing regarding the Mueller report. And now we know, not that we didn’t right then and there, when he had the damnedest time deciding how to describe what he was told or asked to do by Donald in regards to opening up an investigation on the orange wannabee dictator's enemies. Which just so happen to include two sitting Congressmen, who were unbelievably targets of Donald all over the airwaves and on the stomp. One would think that if you were targeting people, one wouldn't tell the world, of course we are discussing a man who asked Russia to find Hillary's missing e-mails on the stomp! So astonishingly, we discovered the other day that, Rep. Adam Schiff and Rep. Eric Swalwell, both Democratic leaders in power, Congressmen who were officially investigating Donald and his minions, who were being stonewalled on subpena's and trying to get them to testify, were actually secretly being investigated by trump's Department of Justice! What the heck?!?!? Trump spent many hours, months, especially during this period going after these two top Democrats, repeatedly screaming that they were the leakers! Donald wanted them taken down and he needed his puppets to do it for him. And now it turns out he did just that… oh by the way, what he had them do is illegal! And this time, it's not just precedent, this is a crime! And everyone involved with it, needs to be rounded up, arrested and put away. Especially those still in the Department of Justice still probably doing Donald's wishes.

It's a broken record with these people, as usual when Donald complains about what others are doing or doing to him, we discover that he in fact is the one doing it. This time, we learned that the Department of Justice forced Apple into giving them data information, while it turns out giving them a gag order, meaning Apple couldn't inform any of Trump's targets about what was going on… could you imagine? Just when you think the man couldn't get any slimier…

Funnily when this latest bombshell was announced, I instantly remembered Kamala's questioning of Trumps' Attorney General, and seemingly was now back on television to remind the world what a bad liar Barr is. All the news media that is, except the one's that pitch Trumps Big Lie. Seeing Barr in the hot seat, watching him sweat as he tried to weasel out of answering, as the whole world waited for his response. Just thinking about it, recalling her offering up multiple options for him to use, as Barr was seemingly struck dumb, still brings me joy.

Well yesterday, we finally discovered why William Barr couldn't answer her back, because it would have incriminated him. I guess he could have taken the Fifth, or used Executive Privilege, heck its pretty much the excuse Trump used on every question that would send him to prison for life. Not that the Republicans in power would have cared… Seems we are now discovering that Trump ordered Barr to reopen investigations, that had already found nothing and were closed, and guess what, Barr did… exactly what Donald had desired. It turns out, at least the little we know so far,  it seems good old Jeff Sessions had opened these secrete and illegal investigations earlier. Or whomever was in charge at the time, because Jeff officially recused himself from the case. So it's possible somebody and not he himself pulled the lever on this. Perhaps this is why Trump was so upset at Jeff, not because he recused himself from the case, but because he wouldn't do it? Jeffrey you got lots of explaining to do.

And now just a day after this bombshell revelation came out, it was  announced that the Department of Justice will be investigating what actually occurred and who was behind it. In other words we might going to get to the bottom of this, and if Trump had anything to do with it like we now know he did, maybe this time he’ll get what he deserves… maybe?  Or at least maybe William Barr will finally pay something for his sins… of course I'm pondering if anyone does get it, will it be a scapegoat and the real monsters once again will get away with murder… or whatever crime this will eventually be forever known as.

Plus the newly enshrined Attorney General, Merrick Garland, came out and pretty much announced 'Not on my watch, Traitors! You gonna mess with our voting and I’m going take you down!' Well at least that's how I'm interpreting his words, and that how he made me feel as I was listening to him. Looks like the summer of 2021 is going to be pretty historic… well Donald, you wanted to be in the news again. Maybe this August instead of Trump's wishes that he be reinstated President again like in the real world, not just in his mind, he may be put on trial for yet another crime. This time, for ordering the Department of Justice to go after his political enemies, and having his personal attorney, you know the American people's Attorney General do it. And you know he know's he's in trouble, because William Barr came out and tweeted he had nothing to do with this, acting as dumb, deaf, blind and inbred as he did while trying to evade answering the truth, okay, while lying under oath to a sitting Senator. And so it seems did  Jeff Sessions did the same, coming out to tweet, me neither! Not me! It's like the Republican party , every time their caught with their hands in the cookie jar, turn into Sergeant Schultz on Hogan's Heroes. Right William Barr? I see nothing, I know nothing, I see nothing… just ignore my finger prints all over the scene of the crime! Apparently approving the subpoenas and ordering the investigation all happened on it's own. Or maybe, I'm sure this will be on FOX not by a million miles News, that BLM or ANTIFA did it, I'm sure we're be hearing those excuses. Any second now Funny how the only people getting arrested and who were seen at the January 6th attack on the Capitol are the losers in Donald's very white and sadly possibly inbred flock of deranged and deplorable sheep. Shame on all of them

Just when you though it couldn't get any more insane we find out, thanks to reporters, that Trump has his Department of Justice secretly investigate two Democratic congressional reps who were legally going after Trump… and as usual so far, the Republicans in power are staying silent. Well apparently they liked almost getting murdered at work by a pack of deranged homicidal lunatics. It's bad enough that Mitch and his band of sycophants refuse to do anything but try to make Biden a one term President, as they tried with President Barack Obama, stopping anything that could actually help the American people. But to also, do everything in their power to help a thoroughly outed criminal, a premeditated genocidal murderer, a pathological lying douche bag, but come on fella's even this has to be too way beyond the red line for even you guys to ignore. Which makes me ponder, what if we discover that this secret investigation into these two powerful Democrats, that they also did this against other people in political power? Maybe we will finally discover why the Republicans have mostly turned into zombie puppets. Maybe he does have stuff on all of them, at least then the mass insanity body snatcher display on their parts, will actually make any sense. Or maybe not, but it does make you think, doesn't it?

I'm just wondering if this is gonna finally be the Trumpeter's summer of discontent? Like it's been for the rest of us, since Donald somehow got into office, and began his destruction of all that was good in our nation. Sometimes I wake up pondering if we still are living in America, or was that just a dream and we woke up to a nightmare, where Truth, Justice, and the American Way was never a reality but a wonderful notion that sadly was destroyed by the worst of mankind. Maybe this time, the Trump's and his minions have finally gone too far, just maybe? I mean, I guess trying to blackmail a Ukrainian President wasn’t bad enough to punish him? And I now understand thanks to Republicans that causing a genocide, was just I guess yesterday's news. And as far as the attempted overthrow of our Government, a coup, it wasn’t it seems God awful enough and simply just another Sunday picnic. Stupid me, I always figured that the monsters who tried to destroy our Democracy, wouldn't be such pussies to actually blame others for their actions. I thought they were brave patriots saving us from those trying to 'steal' the election, simply listening and obeying the words of their leader? I mean, aren't they proud of their criminal actions? They tell us that Donald spoke to them, directed them, practically shoving them into a riot. Didn't we all see Donald live on air telling his people to take a walk to the Capitol and he was gonna join them? I mean I watched it, and apparently the entire world did too. But instead, now his flock comes off as whiney little babies, losers who wet themselves, as they demand to go home disregarding the crimes against our nation that the whole world witnessed that they actually committed.

And while we still don’t know if the tax evasion cases will in the end get him, and possibly every member of his family, at least maybe the truth this time, will finally land him in a prison cell. I mean, one would hope, having your head Gestapo secretly go after your political enemies finally would be enough to take the man down. I guess someday we will all find out. The only question now is, will these new blockbuster criminal actions finally be the thing that wakes his followers up and takes him and his people down with him?

If you like the art, Donald Trump, You Are the Worst President America Has Ever Had. it's available in various forms, including T-shirts and posters. Please check out this link. Thanks.