GUESS MY QUESTION TO BERNIE IS, WHAT DO YOU WANT?Because your actions seem to be helping give the White House to Drumpf


Are you you in it for the gig, or are you really trying to help elect the worst candidate in our history, to make a statement. I'm just saying, that's what it sounds like to me. Perhaps you really believe that you are gonna get the Democratic nomination. And then, because of the people's mandate, you're gonna steamroll over Donald without a problem. That's your plan, right? Anything is possible, especially as we've discovered in this years campaign. But since I live in the real world, where Donald Drumpf is a reality star and supposedly a multi-billionaire, and not our next President! Heaven forbid, your reasoning, in my opinion is simply wrong. 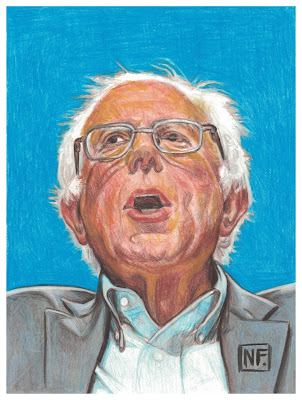